Litter Kwitter………is it for you? 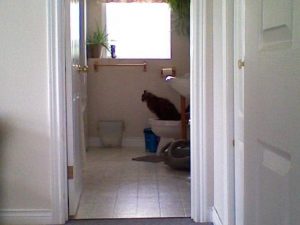 Have you ever thought about toilet training your cat?

My cats stay indoors and I thought it would be great to get rid of the litter box. If you have lots and lots of patience and a cat with the right personality, you may be successful at training it to use the toilet.

In the spring of 2008 we adopted a new kitten and while browsing the Internet for a name idea, I found a product called ‘litter kwitter’. It’s a set of plastic trays for your toilet, each having a bigger opening that you gradually introduce as you are teaching your cat to do their business on the toilet. The process takes several months and as I said before lots and lots of patience. You must use flushable litter and expect to vacuum your bathroom floor a few times a day. Plus you must remove the tray each time you use the bathroom yourself unless you have a home with more than one toilet.

So do my cats use the toilet now? Nope.
When we adopted the kitten, we also had a 6 year old cat. She was more challenging to train than the kitten. The problem I began having was she would pee on the toilet then poop on the floor unless I was home to catch her and put her back up on the toilet. My guess is she didn’t like the water splashing her.. I tried for a while to keep encouraging her but could not stop her from soiling on the bathroom floor daily while we were at work. Then my kitten started copying her. So back to the litter box we went.

I have full intentions to try this again in the future. I believe it would work best with young cats who haven’t developed strong litter box habits yet. I also think your cat’s personality plays a role in your level of success.

For more information on this training aid you can visit www.litterkwitter.com

Dr. Bond’s Five Favorite Things to do on the weekend… 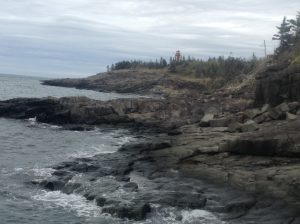 It has been two years since Dr. Bond joined our team. Wow, unbelievable how fast the time has gone! She has had the opportunity to meet a lot of you and your furry family members. We thought it would be fun to share some fun facts about her.

Dr. Bond’s 5 Favorite things to do on the weekend:

1) Walking and Hiking new trails. Thankfully, we have many beautiful spots to keep her busy in the Digby area. Please feel free to share your favorite spot with us.
2) Trying new foods……….especially Sushi!!!!
3) Time with friends and family- human and feline.
4) Trying to run a race and not be last. She recently ran in Sole Sisters in Dartmouth with a few thousand other female runners. She has a couple more lined up for the summer.
5) Making new recipes.We get to see a lot of her interesting and yummy creations that she brings in for lunch. She also shares her recipes:) 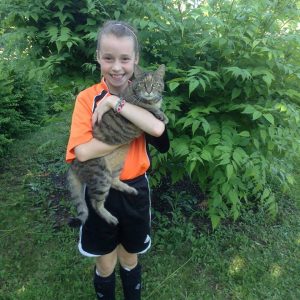 Our family photos tell the story of a girl and her cat, Sophie grew up with Lucy curled up sleeping at the end of her bed. She loved and cared for Lucy her entire life. Pulling into the parking lot I had knots in my stomach and tears in my eyes. I have helped clients through this many times, but looking at my 12 year old daughter I knew this would be the hardest. Making the decision to say goodbye to a pet is never easy. At Bayview Animal Hospital we understand that your pet is part of your family. Lucy was part of our family for more than 14 years. She was our first “baby” and we are so blessed to have had her companionship.

In 2013 during her annual exam, Lucy was diagnosed with Degenerative Arthritis. We continued feeding her Mobility Support to decrease inflammation and improve mobility. In addition she was given an anti inflammatory medication for pain management. In June 2014, Lucy had a visit due to a mouth problem that led to a routine dental cleaning. The night of her cleaning after being let out of her kennel, she attempted to jump up on the couch and fell. The days following she was a bit lame. A week later she still seemed to be uncomfortable, so I brought her back to Bayview Animal Hospital. She was re-checked from the dental and it was recommended she have x-rays for her lameness. Unfortunately, it was discovered that she had a broken pelvis (from the fall when she attempted to jump on the couch) and there was significant bone loss (possibly due to cancer) since her last x-rays. The Veterinarian also had noted a sore on her foot that had not cleared since the dental and that it had spread, this was diagnosed as part of an autoimmune disease which had also caused the lesions in her mouth. Lucy rested a lot and was heavily medicated for the pelvic pain. On her next visit, it was apparent that she may not get better. We had made a date to have the compassionate euthanasia, but she had a few really good days. So we postponed our decision. After a period of a few good days (likely due to the medication and not her pelvis healing), her discomfort became more obvious and we made the difficult decision to say good bye.

In the exam room, my senses are heightened. I feel anxious, a sense of guilt and I am questioning my decision as I look from my daughter to our cat. Dr. Bond enters, she is so tender and caring. Even though I am familiar with the routine, she explains what will happen during the appointment. She administers a sedative to relax Lucy . Once she is relaxed we are able to hold her as longs as we need, we both find this comforting. Lucy is brought to another room for the procedure, I stayed with her until she passes. She is returned to our room for my daughter and I to say our final good bye. The range of emotions I was feeling as we left for home without Lucy was overwhelming.

Nine months later and Lucy is still very much missed, but I am able to reflect on her life with a smile and know that I did the best for her in every stage of her life.

Random Acts of Kindness for the Pet Lover 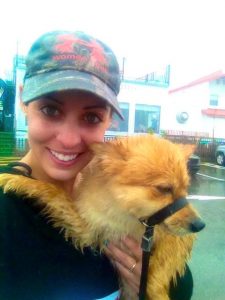 Random Acts of Kindness for the Pet Lover
Even the smallest kind gesture can make someone’s day. There are many ways that you can spread kindness to our fur friends too!
1) Volunteer your time to walk a neighbors’ dog. You may have an elderly neighbor or a friend who just had an operation or even a new baby. Your neighbor and their pet will both appreciate it.
2) Donate a bag of food to your local feral society or shelter (or even old towels and blankets).
3) Foster a pet that is up for adoption. Being in a rural area, most of our animal rescue organizations are run by a small group of volunteers and typically do not have a building to house pets until they can find a home. Foster homes provide a safe and loving home until a forever home can be found.
4) Participate in a walk or run that benefits an animal or wildlife organization. The Lions club in our area hold an annual Purina Walk for Dog Guides. If you can’t find one….start one!
5) Pay for someone else’s vet bill. If you know someone that is struggling and their pet needs care, you could put $50.00 toward their vet bill or purchase a gift certificate for services. We have had people leave donations at the hospital in memory of a loved one. We have used this money to help a client/pet in need.

10 Things Dr. Pothier does when he is not at work…. 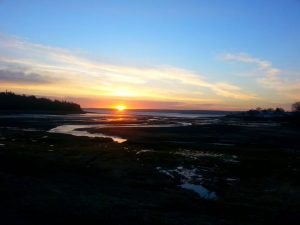 Do you remember seeing your grade school teacher at the supermarket or at a social event and being shocked that she wears shorts on the weekend or he has friends? As we grow up, we realize that people we meet in various positions have lives outside those roles. For those of you who do not know Dr. Pothier well or even if you think you do know him well, you may be surprised to learn how he spends his down time.
1) When Dr. Pothier has time off from work he enjoys volunteering his time to better his community. You may see him helping out with Lobster Bash and other community festivals, Relay for Life or emceeing various events.
2) In the warmer months you may see him touring the community by motorbike.
3) If you are an early riser and you are wearing your sneakers you just may be able to catch him out running. If you see a guy wearing a headlight and a few dogs are chasing him, it just might be Dr.Pothier. Don’t worry if you aren’t an early riser, you can see Digby’s best sunrises on Face Book. Dr. Pothier is known for his photos of local scenery.
4) With seven grandchildren involved in sports, music and other activities, you will from time to time find him taking his turn driving or watching their events.
5) Enjoys spending time catching up with his friends at Tim Horton’s (ok, everyone probably knows this one).
6) You’ll notice he stays busy outside all summer, don’t worry he still get outside all winter too. This winter he spent many hours exploring the trails around Digby with his new snowshoes.
7) What do Jam, pickles, Rappure Pie and Maple Syrup have in common?………Dr. Pothier makes them all!
8) He spends a lot of time buying up desserts at his local church fundraisers, don’t worry he doesn’t just go for the treats. He is a long time member of the Wesleyan Church and is an active member of the congregation.
9) Dr. Pothier enjoys going home to visit family in Wedgeport and Yarmouth. He is a proud Acadien!
10) As you can see, Dr. Pothier stays very busy outside the office, therefore number 10 may not surprise you. When Dr. Pothier sneaks away for his lunch break, he has a nap most days!

Keep on checking back, we will soon post Dr. Bonds top 5 things to do on the weekend.

We may still be in the heart of the winter season, but the team at Bayview Animal Hospital is not in hibernation. We are always looking for ways to improve our skills, keep up to date on new trends in the field and finding ways to improve over client relationship. The newest tool we have added is Petly. Petly is our online personalized pet health pages, just for you and your pets. From one convenient place, you can request appointments, see your pet’s medical history, request a prescription renewal, update your contact information and much more. You’ll also learn a ton of new information about keeping your pet healthy, along with some fun tips and tricks. We launched the program less than one week ago and already we are hearing positive feedback from our clients. Find and LIKE us on facebook for more on Petly! 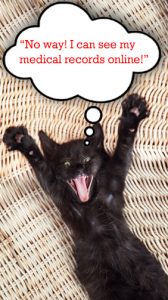